President Barack Obama has proclaimed October 6, 2016 German American Day! This day commemorates the date in 1683 when 13 German families from Krefeld near the Rhine, landed in Philadelphia.  Those families subsequently founded Germantown, Pennsylvania, the first German settlement and organized the 1st petition in the colonies to abolish slavery in 1688. Originally just “German Day”, the holiday was celebrated for the first time in Philadelphia in 1883, on the occasion of the 200th anniversary of the arrival of the settlers from Krefeld; and similar celebrations developed across the country.The custom died out during World War due to the anti-German hysteria that prevailed at the time.  The custom was revived in 1983, when President Reagan proclaimed October 6 as German-American Day (See below) to celebrate and honor the 300th anniversary of German-American immigration and culture to the United States.On August 6, 1987, Congress approved S.J. Resolution 108, designating October 6, 1987, as German-American Day. It became Public Law 100-104 when President Reagan signed it on August 18. A proclamation (#5719) to this effect was issued October 2, 1987, by President Reagan in a formal ceremonies calling on Americans to observe the Day with appropriate ceremonies and activities. 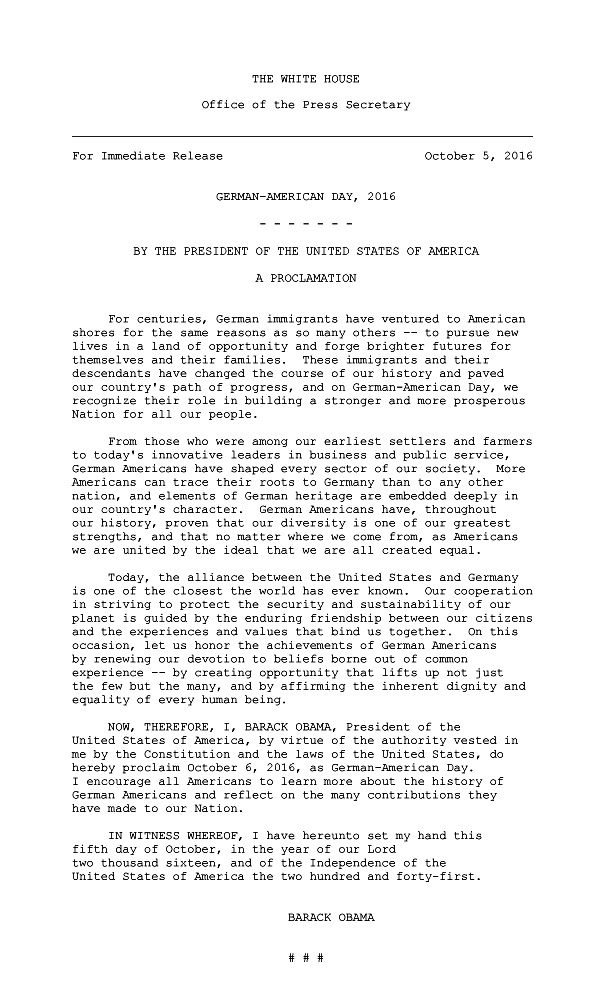