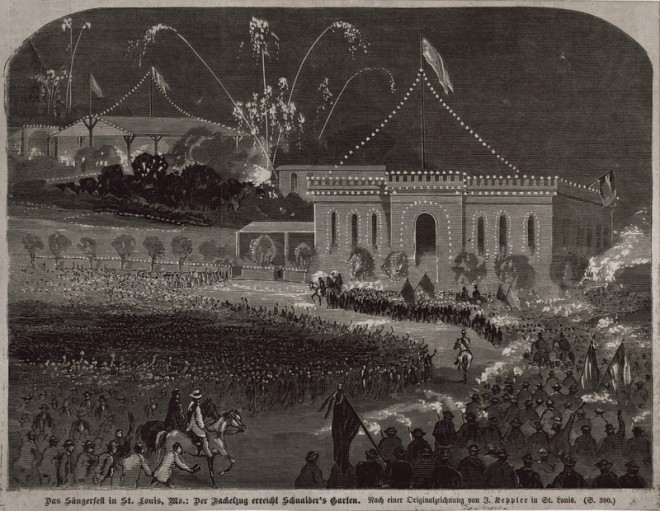 Summertime and Music Go Together! Two things you won’t want to miss this month are “The German Harmonica and the African-American Blues Culture” and the 25th Annual Sangerfest in Cole Camp.

The German Harmonica and the African-American Blues Culture

Although being probably the most popular American instrument for about a century, the general public in the United States today knows relatively little about the history of the harmonica or mouth organ. In particular, information about its formative role on and huge influence in African American blues culture
is scarce.

Herbert Quelle, the German Consul General for the Midwest in Chicago, has researched

extensively the German roots of the pocket-sized companion of European immigrants since the 19th century. Among his findings: About one billion harmonicas were imported from Germany between the 1870s and 1980s. Two German factories still exist and produce harmonicas, Seydel (since 1847) and Hohner (since 1857). The harmonica was the instrument of choice for many African Americans, because it was cheap and easily accessible. African Americans deserve credit for developing totally new tonal ranges and forms of expression on the harmonica. The German-produced instrument and the African American way of playing it have constituted a relationship which has been extremely fruitful for the blues as a universally appreciated musical genre. When: Tuesday, June 7 2016 at 3:00 pm, Where: AT&T Foundation Multipurpose Room, How Much: Free

June 7  The German Harmonica and the African-American Blues Culture

3:00 pm Missouri History Museum, AT&T Auditorium   Herbert Quelle, the German Consul General for the Midwest in Chicago, has researched extensively the German roots of the pocket-sized companion of European immigrants since the 19th century.

2:00 pm German Immigrant Memorial Dedication at Cole Camp, Missouri. The public is invited for the dedication of the Memorial that will be at 2 p.m. on Saturday, June 11, 2016 at 209 East Main Street 4:00 pm  the 25th Annual Sangerfest (German Singers Festival). The Sangerfest will follow at the Jaycee Gardens at 103 Maple Street, also in Cole Camp. The Sangerfest is a wonderful opportunity to hear the best!!!