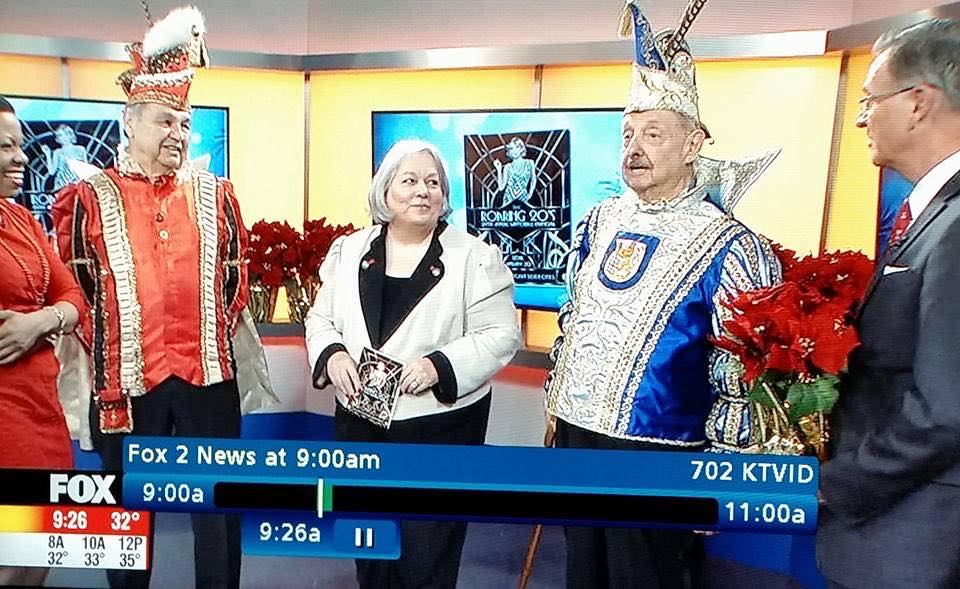 I first met Roy five years ago when I began attending the St. Louis German American Committee meetings. He and Harrison generously shared their wisdom about the Committee and the community. I also knew Roy through the St. Louis-Stuttgart Sister Cities because of his long time involvement and working on the annual Winter Ball. His vast knowledge of every detail of past events, all the way back to its’ beginning, amazed me. He seemed to know everyone who ever attended the event, what their meal preferences were and even who they liked to sit with – and who they didn’t. He generously shared who was his favorite emcee, musical group, and theme was. Always helpful and supportive he was a walking encyclopedia on the Winter Ball, it was all Roy.

Roy was just as helpful and supportive to every organization he belonged. A mentor to many, James Martin, President of the German American Heritage Society wrote “Roy was one of the rare recipients of both the Carl Schurz Award (in 1999, for his dedication to the preservation of the history and heritage of our German forebears), and the Friedrich Hecker Freedom Award (in 2007, for his assistance in the promulgation of cooperation and understanding between Germany and the United States). Roy was also the person who got my family involved with GAHS.  In 2007, Jessica and I attended our first GAHS event (the Taste of Germany) as representatives of the German School Association.  Roy was the vice president of membership at the time, and he and Harrison seated us at their table.  Roy was very good at his job, because by the end of the evening he had us signed up to be members.”

Susanne Evens, President of St. Louis-Stuttgart Sister Cities wrote  “Roy got involved with the St. Louis – Stuttgart Sister Cities in 1977 when he volunteered to host a father and son, who were members of the Weingarten Musikverein, performing at the annual Strassenfest. In 1985 Roy was invited to serve on the St. Louis-Stuttgart Sister Cities board of directors and at the first meeting was elected Vice-President, four years later was elected President and served for 8 years. During his term as President, the organization has undertaken various annual events such as The Winter Ball Karneval; a Christmas Reception (as a benefit for children); bus trips to the Kansas City Maskenball, Chicago Maskenball and the Germanfest in Milwaukee. Also during his term The Volksmarsch Club was organized and continues to function for the enjoyment of walkers and hikers. Roy always considered the Winter Ball Karneval to be his greatest achievement, which is an annual celebration of Germany’s 5th Season and for 29 years he brought together friends from near and as far as Germany.  Please ask Harrison if you have not heard the story on how Winter Ball got started. In 1991, Roy was awarded the William E. Gruening, Jr. plaque from the Kansas City Germania Club; and in 2012, at the St. Louis–Stuttgart Sister Cities’ 25th anniversary, he received the President’s Award. He was also proud to be a member of the Chicago Rheinischer Verein Karneval Club.”

Roy will be missed tremendously. At every dinner, Winter Ball, Taste of Germany, or committee meeting it just won’t be the same with Roy not there.  There will be a Brunch/Reception on Saturday, November 5, 2016, at the Deutscher Kulturverein Halle, 3652 S. Jefferson Ave., St. Louis, MO 63118, from 1:00 p.m. to 4:00 p.m. In lieu of flowers, memorials to the St. Louis Family Resource Center is requested.

Our condolences go out to Roy’s family, his partner Harrison Billy, and all of Roy’s friends everywhere. We have all lost a dear friend.

A friend who dies, it’s something of you who dies. Gustave Flaubert