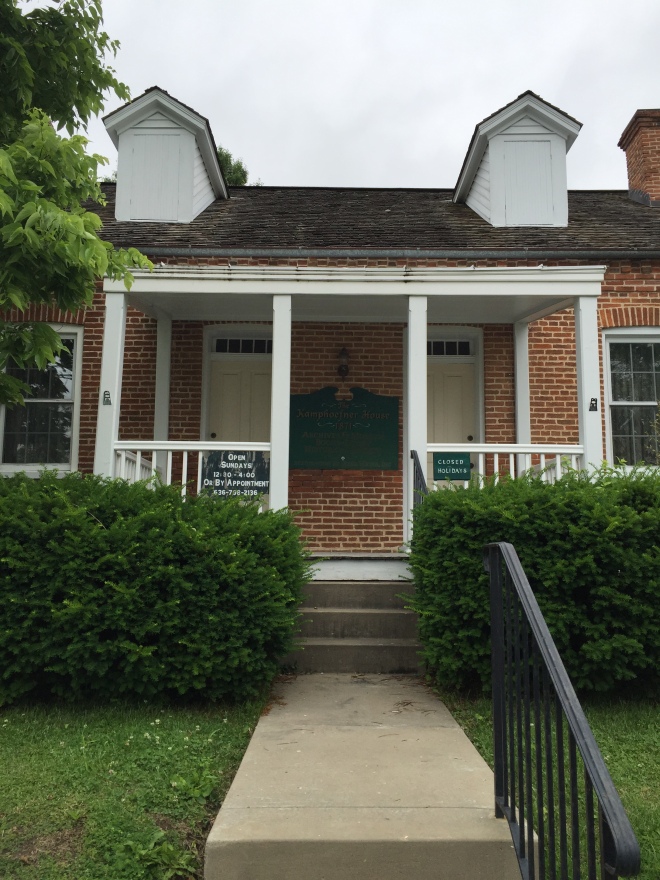 St. Charles County has changed considerably over the last 30 years, going from a quiet agricultural community to one of the most rapidly growing areas in the St. Louis area. But outside of the Highway 40/Interstate 70 corridor, the county remains largely the same as it has been for over 100 years. Heading west out on Highway 94 to visit the wineries, many founded by German immigrants has become a summer tradition. And of course, the area is famous for Daniel Boone’s house and grave. But this author discovered, beyond the well-beaten tracks of Highway 94, amazing remnants of the German settlers who came here in the early 19th Century still survive, oblivious of the changes occurring just a few miles away.

The story of how this area became the center of Teutonic immigration, sometimes nicknamed the “Missouri Rhineland” starts with Gottfried Duden,….