The Utopia-Revisiting a German State in America Exhibit by the Traveling Summer Republic opened on November 1,

2013 in Giessen Germany. After 2 months it was packed into the container, and traveled just as those early emigrants did, to Bremen. There at the beautiful St. Stephanis Cultural Center it shared it story for all emigrants. Once again, it closed and was packed, and this time loaded on a ship to come to America! There it enjoyed a great showing at

Washington, D.C.’s beautiful German American Heritage Museum. Once again, it moved across the U.S. to its heartland and St. Louis, Missouri where at the world famous Missouri History Museum in Forest Park it has been enjoyed
by over 42,000 visitors!

Join us as we say Auf Wiedersehen  to our dear friends with the Traveling Summer Republic as the Utopia exhibit closes on  for the final time. Join us at Blumenhof Vineyards and Winery in Dutzow, where it all began, on 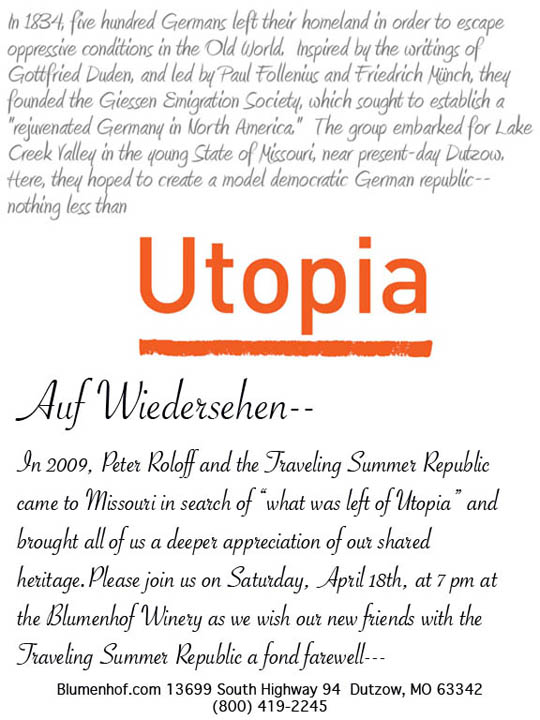